Is Your Husband a Bully?

When most people think about the word "bully," they tend to associate it with the juvenile behavior they might have experienced in school, courtesy of the nasty kids in their class. This is part of the reason why many women who are treated in similar ways are reluctant to admit to themselves that their husband bullies them.

As an adult, you would not like to believe that anyone, let alone your own spouse, is bullying you. When people love their partner, they try to overlook the not so nice parts of their personalities. You might even start to make excuses for their behavior because you believe there is something that causes them to be this way, or because you want to justify your choosing not to leave them.

Below are the typical behaviors and tactics of a bullying spouse. 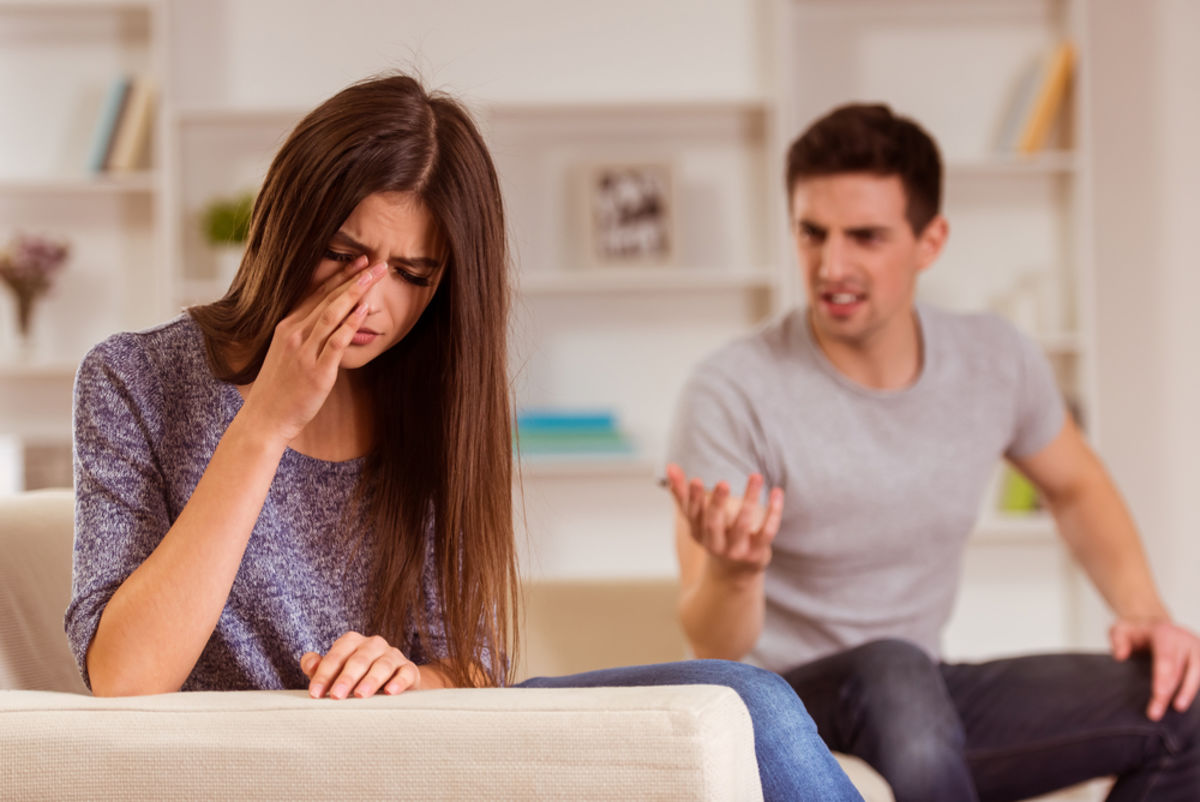 They Want to Change and Control You

One of the first signs that suggests your husband is a bully is easy to recognize. He'll try to change you and control you.

Whether it's something as small as the way you do your hair or bigger things such as the way you are with your friends, he has an opinion on it and lets you know how he would prefer you to be.

In the early days of your relationship, you might have found it endearing how interested he was in you and how much he seemed to care about the little things in your life. But you now realize that this interest in you was not for the reasons you first thought.

When you don't do things he wants you to do, you'll soon see the second sign of a bullying husband.

Verbal attacks might sound like a strong term, but it aptly describes how it feels when it's directed at you.

The times when your husband is annoyed that you didn't do as he wanted you to do, you get a serious tongue lashing. The criticisms you get seem harsher than what suits the situation. He might resort to name-calling, using spiteful names like "stupid," or words to humiliate you like "embarrassing." Commonly these days, verbal attacks include attempts to hurt the partner with amateur diagnosis, using psychological terms such as bipolar or manic depressive to insult them. This kind of behavior is evidence of bullying.

Professor Ronald E. Riggio wrote an article on Psychology Today and said he believes spouses can go so overboard when criticizing each other that it constitutes bullying.

Unrealistic Expectations From You

A bullying husband is very hard to please. They'll expect you to be at their beck and call, making yourself available to them whenever they want something. They'll often expect you to be able to anticipate their needs and deliver in the way they imagined it in their mind. This is a very difficult standard to live up to.

What's worse is that when you fail to meet their standards (which are likely to frequently change anyway), they'll make sure that you feel terrible about it. This tactic is meant to undermine your confidence. They want you to believe that they are the ones smart enough to know how things are supposed to be and that your job is to do as they say.

Putting You Down in Front of Others

When healthy couples are around other people, they are usually kind and polite to each other. If your husband is a bully, those are the times that he'll enjoy mocking you or making you the butt of his jokes.

The sad thing is that now everyone else can see that your husband is a bully, even if you don't want to admit it.

Marriage and family therapist Carin Goldstein wrote, "they don't want to confront the issue." But your husband's display of his bad behavior makes it difficult for everyone to ignore the issue and, at some point, you will be forced to face the truth and say "my husband is a bully."

Most bullying husbands are controlling freaks. They want to be in control of every aspect of their life, including you. In order to get this control, they'll resort to intimidation tactics, such as threats and emotional blackmail.

For example, your husband might hate it when you go and sleep over at your sister's house. But your sister needs you, so you go anyway. Then your husband starts sending you messages saying things like "I can't believe you left me here by myself" to make you feel guilty for "abandoning him" (which is really just you leaving without his consent). Or he might be the kind of person to say "If you're not back in this house by 11 pm, I'm going to lock you out." He will say something like this to make you feel afraid to go against his wishes.

All these kinds of antics are signs of a bullying husband. 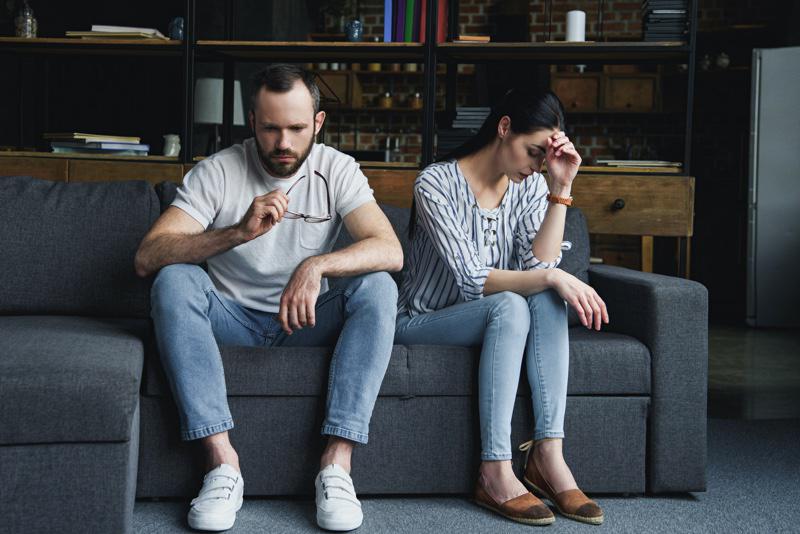 Disrespectful comments are different from verbal attacks because they are a more subtle form of bullying, but the results are the same, pain and oppression.

If your husband has a habit of making backhanded compliments like "The dinner was nice today, not like the food you usually make" or he constantly makes sarcastic remarks such as "Obviously you're too smart to do it the way I told you to" he is bullying you.

If he blames you for any little thing that goes wrong, then your husband is being passive-aggressive. This is also a way of bullying people.

One of the worst characteristics of a husband that bullies his wife is aggressive behavior. This will instill such a fear that you'll become unable to express yourself. Shouting, harsh tones, and his threatening demeanor will coerce you into total submission. He might not physically hit you, but he'll bang on things and break things when he's in one of his fits of rage.

The fear of triggering your husband's aggression will constantly be present in your mind. This behavior borders on abuse and is enough to cause real psychological stress for a woman locked in this kind of marriage. Ultimately it will affect the quality of the relationship and your life.

A healthy marriage is one where both parties are demonstrative and receptive to the love that has bonded them together.

Although some of us are more independent and do not require much affection or intimacy, many women equate the presence of these things with love.

Physical, psychological, and emotional demonstrations of love are an important part of being in a relationship. When one of you decides to withhold affection or intimacy, it's done to punish their partner. Women especially crave to be treated with kindness and tenderness by their husbands.

Deliberate and prolonged coldness towards her can be just as powerful as abuse when used in this way and is a sign that a woman's husband is a bully to her.

As much as we like to see the best in our spouse, we must be honest with ourselves if their behavior is starting to make us feel oppressed in any way. If you can use words like emotional, crazy, controlling, bossy, overbearing, volatile, short-tempered and so on to describe your husband's conduct around you, then you are being bullied by your husband.

Reacting harshly to him is not advisable. If you are not able to safely communicate with him about his behavior, then consider speaking to a professional who might be able to get through to your husband and hopefully improve your marriage.

341772 Article 92
My education began in the UK, I spent a few years in elementary school in Chicago, Illinois, USA before returning to England. My favorite subject was English Language and Literature, where I developed my passion for writing. Now I am working as a Creative Writing Teacher and part-time writer. I enjoy copywriting and writing blogs on subjects such as fashion, relationships, and lifestyle.