Not being liked by everyone is normal. Just as you don't like every person you meet, they might not like you either. However, if you face rejection after rejection whenever you try to interact with new people and make friends, maybe you are unwillingly pushing them away.

Some of your character traits, such as talking too much, interrupting, or criticizing, could be among the reasons why people don't like you. As soon as you become aware of your shortcomings, you will be able to improve your social life.

Stop asking yourself, "why don't people like me" and read further to identify what exactly you're doing wrong and how you can fix it.

8 Behaviors That Push People Away 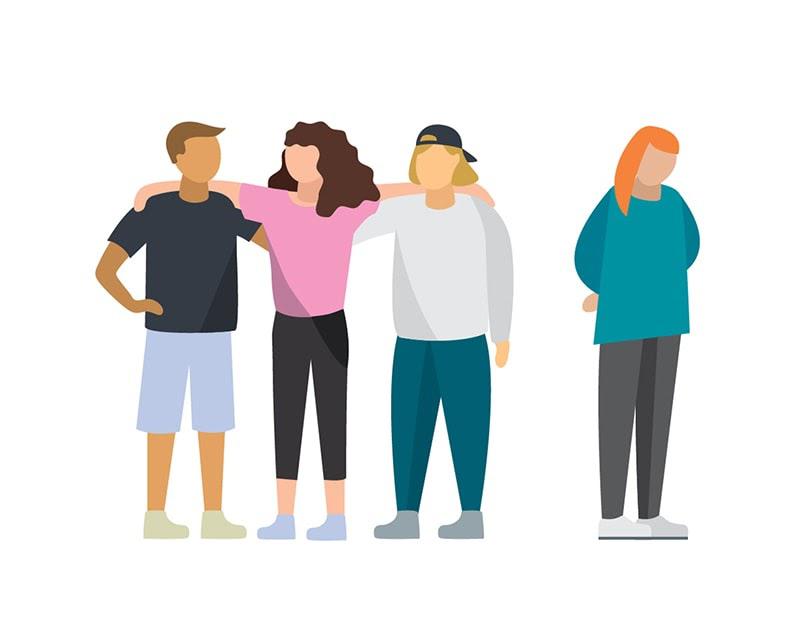 1. You have the tendency to talk a lot

When you talk too much, the person you're talking to is forced to listen (mainly out of politeness), and they may do so up to a point, but their mind will start to wander. This happens because a conversation is meant to be a dialogue. Regardless of how excited you are to talk about your last vacation in Malibu, you can't transfer your enthusiasm to the other person. You won't spark their interest if you don't give them a chance to talk about their experiences in Malibu or say anything about it at all.

If you're dealing with a good listener, they are probably trying to follow your train of thought and share something with you as well. By talking too much and not giving them a chance to reply, you are wasting their time and making them frustrated by limiting their reactions.

To improve this aspect and stop asking yourself, "why don't people like me?" you can pay attention to people's gestures, and pause when you see someone's intent to speak. Also, you could ask them questions related to your stories to get them more involved.

Knowing stuff is useful in life, but not when you impose and reassure people that your information is more accurate or that your way of doing something is better. For example, if you are invited to dinner and you offer your recipe for what was cooked, you offend your host without intending to do so. Another example is when someone shows you something they bought, and you immediately ruin their mood by saying they could've bought it for a third of the price from a place you know.

Being a know-it-all can work in your favor only if you wait for someone to ask you for information. Everyone likes to know where the good deals are, but not after already spending more on the same thing. So try to be more appreciative when a person shares something with you rather than telling them how they could've done better.

3. You focus on criticizing too much

"Why don't people like me? Nothing seems to meet my expectations, and I'm generally dissatisfied." Does this sound familiar? Hand in hand with know-it-alls are the critics, who focus on other people's shortcomings instead of appreciating how they're different.

If your way of criticizing is witty, you may see smirks on a few people's faces at first. However, if you continue to emphasize the negative aspects of everything and everyone, people will find communicating with you unpleasant and tedious.

To find balance, try to say something nice from time to time as well. Even in a work environment, it is advisable to criticize less and motivate more.

4. You constantly interrupt your interlocutor

The ability to listen to another person when they are speaking is a talent that not all of us have. We are not referring to times when your mind starts to unwillingly wander when someone tells you something, but times when you constantly interrupt your interlocutor. You may interrupt to share an incompetent opinion or to point out an uninteresting fact. This type of behavior doesn't show that you are vividly participating in the discussion. It shows that you are bad-mannered and don't have respect for the speaker.

Try to listen. Wait for the person who is talking to finish what they have to say and then comment on what they said. Ask them questions if something is unclear, but don't interrupt without good reason. 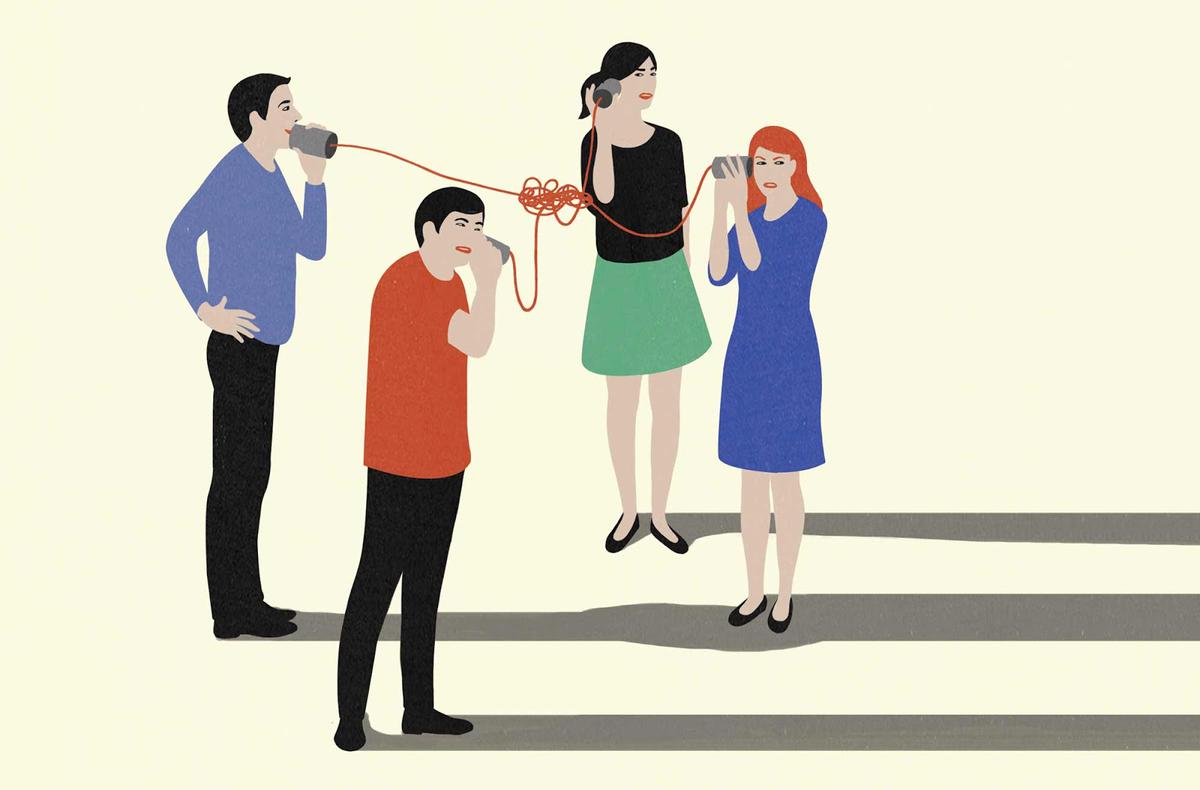 5. You may not know how to listen

Not knowing how to listen could be one of the main reasons you are unpopular. It's not just about interrupting someone when they speak. It's about really taking an interest in what the other person has to say. It goes without saying that if you don't show any interest in the person with whom you're talking, they will not want to reciprocate. This kind of reciprocity is an opportunity to bond with someone. So try not to miss it by asking them their opinions, thoughts, experiences, etc.

6. You complain a lot

We know life is hard, and sometimes things don't work out. Each of us feels the desire to vent and complain about certain negative aspects. However, you must pay attention to whom you are complaining and how often. It would be best to rely on your best friend's help when you feel like complaining. Otherwise, if you chronically whine to everybody that your life is an endless nightmare and you don't talk about anything else, don't be surprised to see people avoiding you.

In most cases, nothing good happens to people who tend to complain, so try to focus on positive things, at least when you talk to people you don't know well. Don't overwhelm them with your problems.

7. You tend to gossip

Gossip, of course, greatly diversifies the conversation, but not everyone likes gossip. As soon as you start spreading rumors, your popularity will rapidly drop, and you will lose the trust of others.

There are several reasons why this happens. First of all, unverified information is misleading, and people who believe it might find themselves in awkward situations. Second of all, everyone who hears you gossiping about others will fear that sooner or later you will gossip about them.

Therefore, it would be best to stop discussing someone else's private life with others. Keep the information to yourself and find other topics to talk about.

The tendency to exaggerate your merits and victories is annoying to other people. Even when you have a right to brag, because you worked for your achievement and it is impressive, it is still somehow infuriating. However, it is even worse when you brag about something that is not backed up by real merit.

False modesty isn't good either, but at least it won't turn the people around you against you. Try to speak truthfully, calmly, and with dignity about your victories and achievements. This is how you gain respect and not envy.

Why don't people like me? You could be bragging, whining, interrupting, or gossiping too much. If you see yourself in any of the character flaws above, try your best to improve, and you will relate better to other people and make friends too.

308549 Article 95
Words are powerful means by which we can express and explain the simplest notions, as well as the most complex human emotions. They become even more valuable when they represent a mix of multiple domains of expertise. And, in the hands of the right person, they are eye-openers meant to make our lives easier. As a writer, this is what I thrive on.

Words are powerful means by which we can express and explain the simplest notions, as well as the most complex human emotions. They become even more valuable when they represent a mix of multiple domains of expertise. And, in the hands of the right person, they are eye-openers meant to make our lives easier. As a writer, this is what I thrive on.